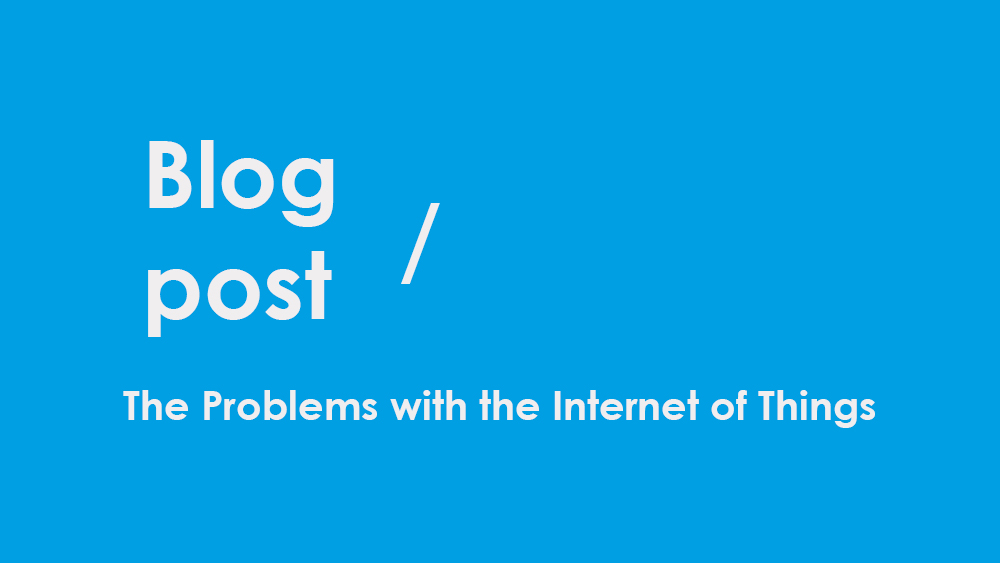 At Cascoda, we have been working on IoT radio chips for over a decade. This gives us a unique window into what we believe are the fundamental problems with the Internet of Things.

The Internet of Things is Proprietary

The current state of IoT protocols is quite messy. There are numerous solutions for connecting IoT devices to each other and to the cloud. Unfortunately, the vast majority of these solutions involve completely different proprietary stacks which cannot natively talk to each other, or to the Internet.

There are essentially two options for building a connected home today:

Contrast this with the way the World Wide Web works: by using open standards, devices from different manufacturers can talk using the Internet Protocol, even using completely different communication stacks. For instance, a Samsung phone can access a web page using its mobile network (GSM/LTE) just as well as an ASUS laptop can over Wi-Fi, or a Dell PC over Ethernet.

To ensure its survival and widespread adoption, the Internet of Things must abandon walled gardens and vendor lock-in, in favour of open standards and interoperability.

The Radio Range is Insufficient

Most people understand the capabilities and limitations of Wi-Fi, and expect IoT devices to behave in a similar fashion. However, it is very difficult to reach the range of Wi-Fi while maintaining a useful data rate without consuming significant power. For instance, smartphones expend significant amounts of energy powering their radios, and they must be recharged daily. This would be unacceptable for the Internet of Things.

Anybody who has tried to set up any sort of non-trivial IoT network has run into this issue. It is very difficult to create a network which covers the entire house without relying on a plethora of gateways and routers, which significantly increases complexity and cost.

The UK Office of Communications concluded that 2.4GHz IoT solutions can only cover 36% of UK houses. And using longer range sub-gigahertz radio (433MHz worldwide, 868MHz in Europe and 915MHz in North America) comes with its own set of issues, such as limited bandwidth, no global frequency allocation, and no support for native IP connectivity.

IoT Security has become a Joke

We don’t believe IoT security is being taken seriously enough. Countless IoT vulnerabilities are being exposed every year. For instance, the Bluetooth Low Energy smart-lock which can be remotely cracked in two seconds. All you need to know to open that lock is the BLE MAC address, which is publicly broadcasted. The lock can even be defeated with a trivial replay attack.

There is also the case of the hair straightener which can be accessed by anyone within Bluetooth range: The device does not use any sort of authentication – and could even set your house on fire.

The largest DDOS attack on record took advantage of compromised IoT devices, hosted by almost 50,000 unique IPs spread across 164 countries. You would think that such a successful attack would use highly sophisticated ways of cracking each device. That couldn’t be further from the truth: Mirai hijacked over 500,000 IoT devices by using a list of 60 default credentials. And although the Mirai botnet is old news by now, variants of this attack are still being deployed.

IoT security is a complex, multifaceted issue. Security can fail at any point within the technology stack. There is little you can do to guard against devices being insecure at the application level, other than attempt to minimize damage to the rest of the network.

How can we fix it?

We believe we have a solution which solves these problems. The solution consists of SMARTRange, our innovative wireless transceiver architecture, coupled with Thread, an IoT protocol based on IPv6.

We have been working on a solution for the range problem since 2007, and we are now bringing it into production. We have invented a new type of radio demodulator which offers a significant increase by improving receiver sensitivity. The upside of our approach is that the increase in range is obtained without sacrificing power consumption and with no need for a power amplifier. This significantly reduces deployment and production costs.

In our open-space tests, we have achieved radio communications at a range of over 900 metres. Independent tests within a dense urban environment show the Cascoda radio outperforming a long-range Bluetooth radio, a proprietary 868MHz radio and residential Wi-Fi. From outside, we were even able to achieve communications with an in-door device from 235 metres away.

Our latest module, the Chili 2, comes with a microcontroller featuring ARM TrustZone technology, which provides hardware-level isolation of secure code and data. This allows the developer to, for instance, store the network key in a way which is completely inaccessible to application-level software, preventing a buggy or otherwise compromised application from leaking security credentials.

Cascoda provides all the tools necessary to implement state-of-the-art IoT security. Since we are a vendor of IoT radios, we have limited influence over how our customers implement application-level security. However, we make it very easy to integrate our devices with the latest communication stacks which aim to be secure by default.

We are also committed to open-source software. Our source development kit is available on GitHub, our driver is part of the Linux tree and we are a contributor to the open-source Thread stack, OpenThread.

Thread is one of the most open IoT stacks. The specification is available free of charge. And, as mentioned above, Google Nest has released OpenThread, the open-source implementation of Thread.

Thread is built on open standards, mirroring the structure of the Internet in the hopes of becoming ubiquitous. A big advantage of Thread is that it is application-layer agnostic: many different application layers can run on the same network. This is not possible with ZigBee or Z-Wave, where you’d have to run an entirely separate network for every different application layer. Thread also makes interoperability between different manufacturers simpler: companies and engineers are already familiar with the Internet Protocol.

The protocol takes advantage of IPv6 to allow any device on a Thread network to talk to the World Wide Web. Usually, you can only talk to your IoT gateway over the web, and then tell it to control its children. Thread simplifies all of that and lets you directly talk to any child via its IPv6 address, if it is desirable to do so.

Thread also takes a strong stance on security: unlike other protocols such as Bluetooth Low Energy, you cannot create an unsecured Thread network, you must have the correct credentials to talk to any Thread network, and all communications are encrypted. Thread uses standardized and well-established security protocols, minimizing the chance of an attacker being able to breach the network’s security.

Additionally, the Thread Group has developed a commissioning app which is the easiest and most secure way of adding a new device to a Thread network. This minimizes the risk of application developers deploying non-secure commissioning processes, or relying on [widely known] default passwords.

IoT adoption is being slowed down by lack of standardization and the prevalence of proprietary protocols. The industry must embrace open standards if it wants to match the success of the Internet. The use of walled gardens and vendor lock-in, combined with insufficient radio range, makes deployment of complex IoT networks prohibitively expensive.

Cascoda embraces open standards and software through our open-source SDK and endorsement of Thread, the open IoT stack. Our SMARTRange radio architecture has double the range of existing technology without sacrificing power consumption. We also take a strong stance on security by supporting protocols which are secure by default, as well as offering support for the latest tools for embedded software security.