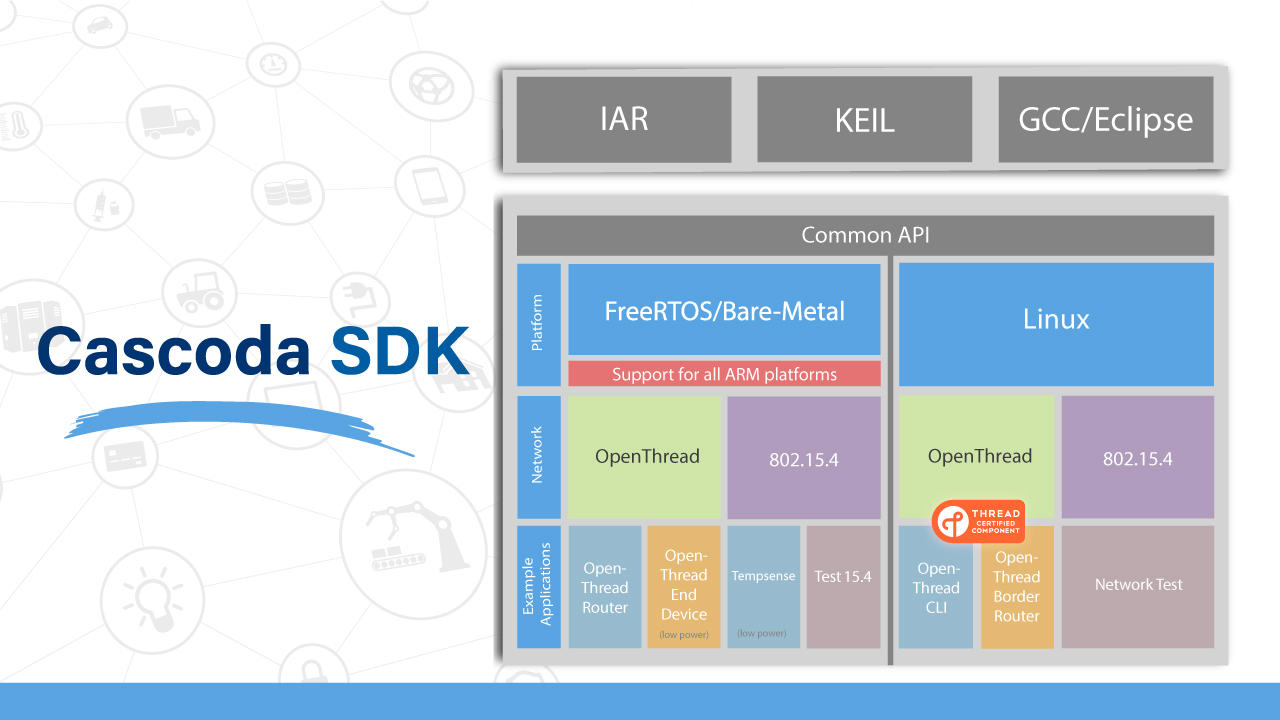 “We have worked hard to build on our SDK to increase usability, security and reliability for all common toolchains and IoT platforms. CMake drives the build system of your choice. The SDK offers a common API, irrespective of the platform type, allowing accelerated cross-platform development.” says Cascoda CTO, Wolfgang Bruchner.